Leaders are remembered for the things they say and do. They stand out because of their immense presence and because of the aura they exude. You can spot them almost instantaneously, due to how they handle themselves and the authority that comes out with every gesture, word and action they make.

The knowledge and wisdom they have would be more valuable than any gold. That’s why we are sharing some of the secrets for their motivations, provided by 8 successful business leaders.

Leading by example is something that leaders often forget to do. For Ian Carr and Rene Gross, they’re motivation technique relies on this forgotten philosophy. They said “We have a roll-up-your-sleeves meritocracy, and we dive in and do the work so everyone can see we are in the trenches, there in the late evenings and in all the major client meetings.”

Consistency and freedom are some examples of what motivates people. This is where Brent Gleeson applies his experience as a former Navy Seal. He consistently finds a way to drive people and inspire them, saying “People won’t come to work motivated every day, so you have to do different things because everybody responds to different motivators.”

The former Las Vegas-based tequila producer has successfully grown the company to about 1,700 employees. Ed Brown says that “You have to make sure people enjoy coming to work,” and that’s exactly what he has been doing: ensuring that the work environment is employee friendly. A place where everyone is family.

For David Angelo, the people with the right type of mindset are the ones who will help a business grow. That’s why he aims to hire those who are aligned with the company’s goals and motivates them wholeheartedly. He says “Relationships require casting the right people, those who share the same mindset. Only then can you create something great.”

Marsha Firestone was the former Vice President for American Women’s Economic Corporation. She left her post to form the WPO (Women Presidents’ Organization), which now runs 112 chapters in a total of six continents. According to her “If you hire well and people have a sense of pride in what they’re doing, that’s a great motivator,” removing the need to reprimand any of them.

What started out as a simple app for scheduling and data-management, Artist Growth has now amassed more than 10,000 artists, two of which are Ke$ha and Kings of Leon. As a former artist himself, Matt Urmy says that “We focus on how we understand their desire to be creative and to not be distracted from that.” A philosophy that he applies to both his clients and employees.

Daniel Lubetzky has always approached business with a “not profit only” mentally and has always aimed to provide people with something that’s good for them. That’s why he founded Kind Healthy Snacks and ensured that the snack bars were minimally processed and gluten-free. When asked on how he motivates his employees, he simply replied “You can’t get everybody to give the best of themselves unless you understand what drives each individual and what they care about the most.”

Former model, Lizanne Falsetto, started Thinkthin from her kitchen, making recipes for travel-friendly nutrition bars. She was able to transform it into a profitable business that is now making an estimated of $70 million in annual revenue. Lizanne is fond of teamwork and often cares about her employees, saying “I really try to listen to what people have to say and include them in decisions.” This builds trust and encourages them to work better for the decisions that they were a part of.

Leaders are truly charismatic and are capable of amazing feats. Anyone would be lucky enough to have the chance to be taught by them. Why? Because they have an understanding of what they need. What the company needs and most importantly, what their workers need. Learning from them would not only help you become a better leader, or a better employee, but would help you become an even better person.

Sharon Kaibel is a performance and productivity coach. Sharon helps business owners create the strategy, structure and systems to build and grow a profitable business. Join her Closed Facebook Group, the #ACHIEVERNETWORK for the community, resources and trainings to become an extraordinary achiever. 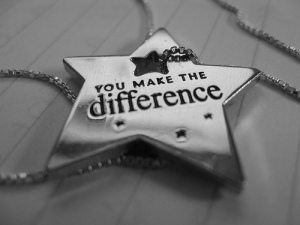 Copyright AchieverNet.
Back to Top